What do Newlyweds and newspaper sales have in common? 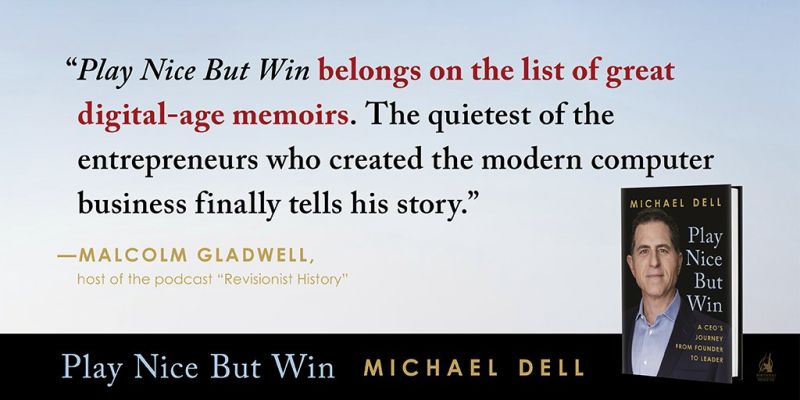 Michael Dell found a trend, developed a process, executed it, and made 18k as a summer student in the early 1980s.

That’s the equivalent of 54k in today’s dollars.

As he was making calls from the bullpen, he started to realize that newlyweds said yes to his offer of two free weeks of the Houston Post at a greater rate than others.

Armed with that information, he went to the courthouse and learned that it was a public right to see all marriage licenses which happened to have the addresses of where all these people lived.

Using his new Apple personal computer, he recorded all the information and then went after cold calling with his offer.

There were 16 courthouses – He couldn’t possibly get to all of them so he hired his friends to get the data and he continued to sell.

Instead of just continuing the same old, same old – Calling a list of numbers, using your best tactics, and hoping. Are you looking a little deeper at the data?

His new book – Play nice, but win – is full of these gems, if you can learn to hear them beyond the story. In this book, he is vulnerable and reflective.

The trend is your friend.

The only way to improve is to execute today’s work and ask yourself:

What did I learn today that might make tomorrow better?