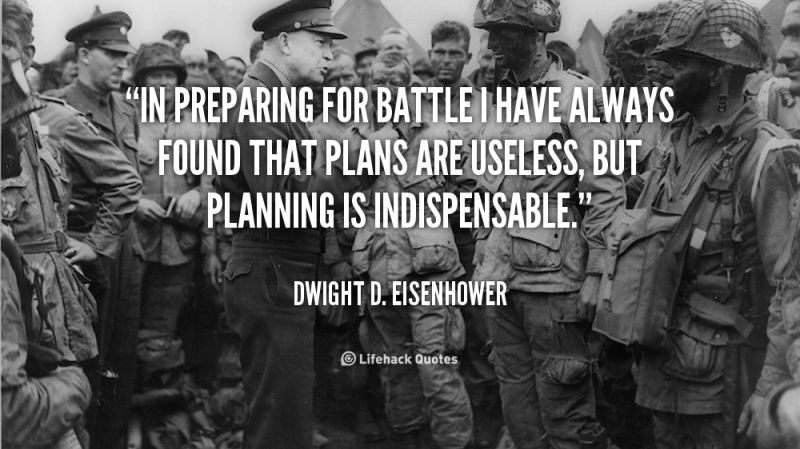 “Plans are useless, but planning is indispensable.” – Dwight D. Eisenhower.

On the 6th of June 1944, The allies landed on the beaches of Normandy.

The successful landing, the largest amphibious assault in the history of warfare, is now known as the beginning of the end for Hitler and Axis powers.

Success was anything but a surety.

In fact, Eisenhower went so far as to write two speeches. One that declared success. The other, owning, the defeat.

The more you unravel Eisenhower’s strategic approach to the landings, the more impressed you’ll be with the way he approached strategy.

Strategy is not deductive reasoning. It is much more like a scientific experiment. Success is never guaranteed.

No plan makes it past first contact with reality. But planning allows us to consider many alternative perspectives before we execute.